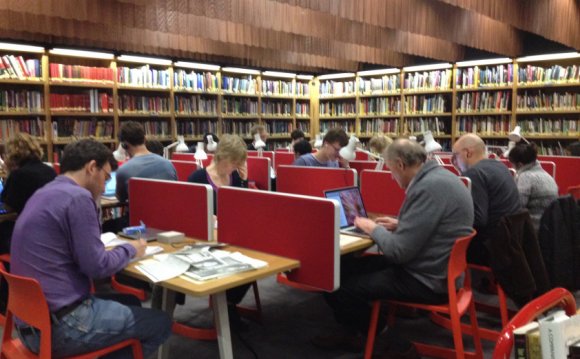 A woman has become an internet celebrity thanks to the mysterious contents of her backpack.

The unknown commuter was pictured at Clapham Junction station in London on Thursday evening with a long pink object sticking out of her holdall.

Fellow passenger Stef Barry photographed the curious item and posted it onto Facebook.

The picture has since been 'liked' over 730 times and received hundreds of comments with people speculating what it is.

Participants of the S*** London page have been quick to jump to rather rude conclusions about what the device could be, with many suggesting it is a sex toy.

One contributor wrote, 'Childishly sniggers' while another added, 'Oh dear'.

Responding to comments speculating that the item is a sex toy, one user wrote that it is 'probably something totally innocent'

Other contributors were quick to post their observations on the comical picture, writing things like 'Childishly sniggers'

The blonde haired woman has been photographed from behind so that her face is obscured.

She is seen wearing a pale pink vest top, white skirt with a black flower motif and pink flip-flops.

While it is known that the unidentified woman got on a Southwest London train, the contents of her bag have not yet been revealed.

Users have guessed that it could be a variety of things ranging from a stun gun to a light sabre, a flute or an umbrella.

A member of the Facebook page where the image has been shared appears to have identified it as a bottle of champagne with a pink foil lid.