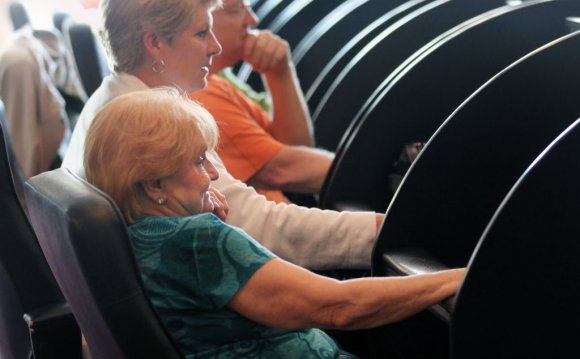 The county prosecutor had argued that it had an absolute ability to deny access to the materials as part of a work product by law enforcement and through attorney-client privilege.

But the court, agreeing with the Ohio 8th District Court of Appeals, ruled that while some material could be withheld, the cafe owners had shown a compelling need to see the information as part of their civil action.

That need, Justice Sharon Kennedy wrote in the court's 6-1 decision, outweighed the interests of the Cuyahoga County prosecutor to keep that information confidential.

J&C and its owners were not indicted. But McGinty's office sent letters to them and owners of other Internet cafes threatening criminal prosecution unless they stopped the sweepstakes offers. In response, J&C closed its cafes.

J&C sued, arguing it was not promoting gambling because customers did not have to pay to play the online sweepstakes games, and asking the court to block the prosecutor from trying to apply gaming laws against the business.

As part of the suit, J&C's lawyers requested to see materials from law enforcement's Internet cafes investigations. After the court granted J&C's request, the county prosecutor appealed, first to the 8th District and then to the Ohio Supreme Court.

In her opinion, Kennedy wrote that prosecutors do not have an absolute privilege that allows them to refuse to turn over materials in discovery. Rather, there must be a balancing of the prosecutor's need for silence against the needs of the suing litigants.

"The interests of both parties are significant here, " Justice Kennedy wrote. "The prosecuting attorney must protect the safety of informants and others identified in the investigation, safeguard the integrity of his investigative processes. But [J & C Marketing's] interests in obtaining discovery are also strong, because by issuing the cease-and-desist letter, the prosecuting attorney in effect shut down [the company's] business, even though the business had never even been charged with violating the law."

Names of informants and undercover officers could be redacted, the court said, but J&C's interests in reviewing the material were compelling enough that it should be given the information.

The court let stand the 8th District's determination that communications, such as emails, between prosecutors and investigating officers were covered by the law enforcement investigatory privilege and the attorney-work-product privilege.

How to Open Internet Sweepstakes Cafes in Ohio | DIY