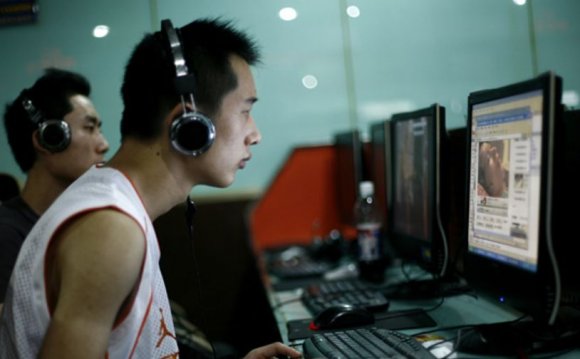 After a large turnout for the rally, patrons fill Spinners Sweepstakes Cafe. The rally was organized by Spinners’ owner Terry Kasberg.

TALLAHASSEE — Stung by a criminal investigation into an online gambling ring that poured $1.4 million into legislative campaigns, the Florida House on Friday voted 110-6 for a bill aimed at shutting down Internet cafes, adult arcades and Miami's "maquinitas."

"It's a great day in the Florida House, " said Rep. Carlos Trujillo, R-Miami, who sponsored the bill. "This will be one of the largest contractions of gaming that we've experienced in our state, certainly in the last 50 or 100 years."

The bill attempts to clarify state law by specifying that charity organizations, adult arcades and for-profit sweepstakes operators may not operate permanent gambling centers using casino-style games that portend to be games of skill.

Opponents blasted the measure as a knee-jerk reaction to a political scandal and warned that the bill will have the unintended consequence of putting hundreds of owners out of business and sending their employees to the unemployment office.

"Here we are today going to outlaw something that for the past 30 years has been legal in the state of Florida, " said Rep. Jim Waldman, R-Coconut Creek. "If we're going to do that, what's next?"

The measure, HB 155, comes a week after federal and state officials arrested 57 owners and operators affiliated with Allied Veterans of the World, a St. Augustine chain of 49 Internet cafes, charging them with illegal gambling, money laundering and racketeering.

Authorities say the company collected a combined $300 million in profits since 2007 but paid out only 2 percent — about $6 million — to charities.