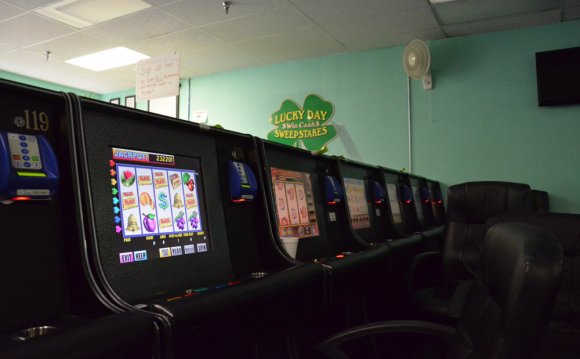 Four Southeast Florida senators voted against the fast-tracked measure, warning that in their zeal to shut down the online gambling operations, legislators would wipe out harmless games at places like Chuck E. Cheeses, Dave and Busters or many family-oriented arcades where players can try their luck for coupons.

But supporters of the bill said they have no intention of attacking legitimate recreation, just the Internet-based games such as those connected to a massive racketeering, money-laundering and gambling case that last month netted 57 arrests.

Carroll has not been charged with any crime but resigned after being interviewed by the Florida Department of Law Enforcement about work her public-relations company in Jacksonville did for Allied Veterans of the World, a charity that operated Internet cafes. Prosecutors alleged that the operation took in about $300 million but sent only a few million to charitable organizations.

“Recent events, obviously, brought us to where we are today, ” said Sen. John Thrasher, R-St. Augustine. “This bill is about stopping illegal gambling in the state of Florida.”

Thrasher originally sponsored a bill to just declare a moratorium on permitting of new Internet cafes. That was beefed up into a statewide ban, closing down existing operations, after the 57 arrests and Carroll's March 12 resignation.

At Internet cafes, players buy online access and can do many computer tasks. Critics say they exist mainly for online casino gaming, though, and sheriffs have been lobbying for their closing for several sessions. Sen. Garrett Richter, R-Naples, who heads the Senate gaming committee, said the adult arcades - which feature self-contained games of skill rather than Internet games of chance - would not be affected by the ban.

He said police can tell the difference between a children's arcade, or retiree amusement center, and an online gambling operation.

“It took a very serious event to bring this about, ” said Thrasher. “This absolutely does not close down any legitimate operators.”