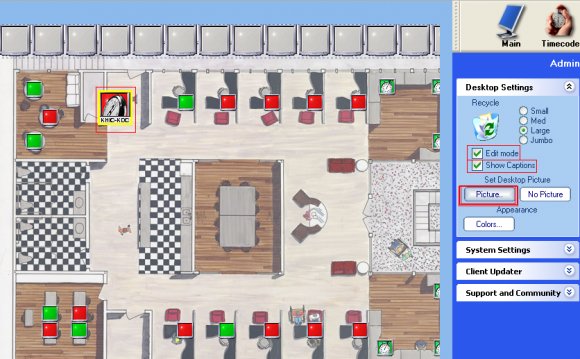 This place needs to be investigated by the Public Health of Los Angeles.
For Toxic Enviornmental Abuse.

1. They leave the front and back door open while they smoke endless amounts of CIGARETTES that end up filling the whole room. I asked to close the door and they denied saying they want to save money on their AC unit which happens to be a Floor AC. They would rather have their customers suffer from toxic reaction and uncomfortable breathing than spend a few dollars on the AC. They say they leave the door open for air flow... but its only bringing in more TOXIC smoke sometimes MARUJUANA smoke inside creating Harm for the customers including kids that are sometimes there and not aware. Second Hand smoke is very dangerous and kids might not know or have the guts to say anything. I actually did and they treated me like crap for raising a voice. It says its a non smoking room.. that means no smoke should be in the room... Don't they know that cigarette smoke destroys their furniture, walls, and their computers? so Bottom Line - if you wanna breathe in other peoples Toxic Ciggarettes Come Here. And they wont care if the customers are hot and sweating to death...
It's not worthusing $ on their AC

2.BATHROOM - Un Sanitary. Like - you could get a disease in there.. there is urin and spit all over the walls and they dont clean it

3. Trash - They left a huge Pile of trash in the corner that Reaked of death right near the customers chair.

4. Chairs have Bugs on them. I've gotten bit a couple times

5. RUDE - They do not greet you or even acknowledge the suffering that you went through.
You'll be lucky if you get a smile from them.

6. Equipment is GREASY and DIRTY and they wipe their equipment with WINDEX. :( they are either stingy or Uneducated...