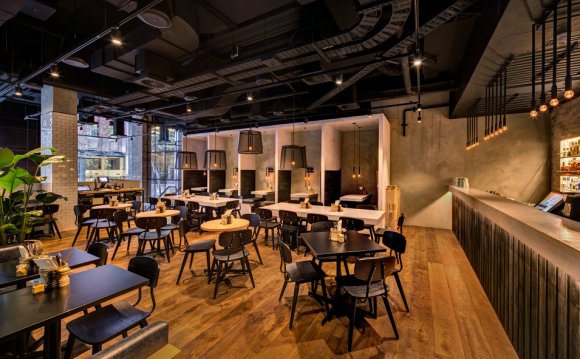 A man was left with head injuries and a suspected fractured jaw after he was king-hit punch to the head by another customer at a Sydney internet cafe on Thursday night.

The 20-year-old returned to his seat after being attacked at Sydney Intergate, an internet cafe situated in a basement of McDonalds on George Street in the CBD but he soon lost consciousness and collapsed.

One of the staff from the cafe, who wish to not be named, told Daily Mail Australia that the victim was known as 'John' and he was a regular customer who everyone knew.

Scroll down for video

A man, known as 'John' was king-hit punch to the head by another customer at a Sydney internet cafe on Thursday night

A NSW Police spokeswoman said emergency services were called to the cafe shortly before 9.30pm after reports that a man had been assaulted.

Dectectives were told that the victim was in the cafe before he was punched in the head by another male customer, who the victim did not know and later fled the scene.

The police spokeswoman told the Daily Mail Australia that no one has been arrested and police are still searching for the offender, described as being of Aboriginal/Torres Strait Islander appearance.

'We've been told that the man in the video was hand cuff because police were trying to calm him down after witnessing the attack but at this stage, we have not identified the offender, ' she said.

A friend who was with the victim at the time, gave him first aid until paramedics and police arrived.